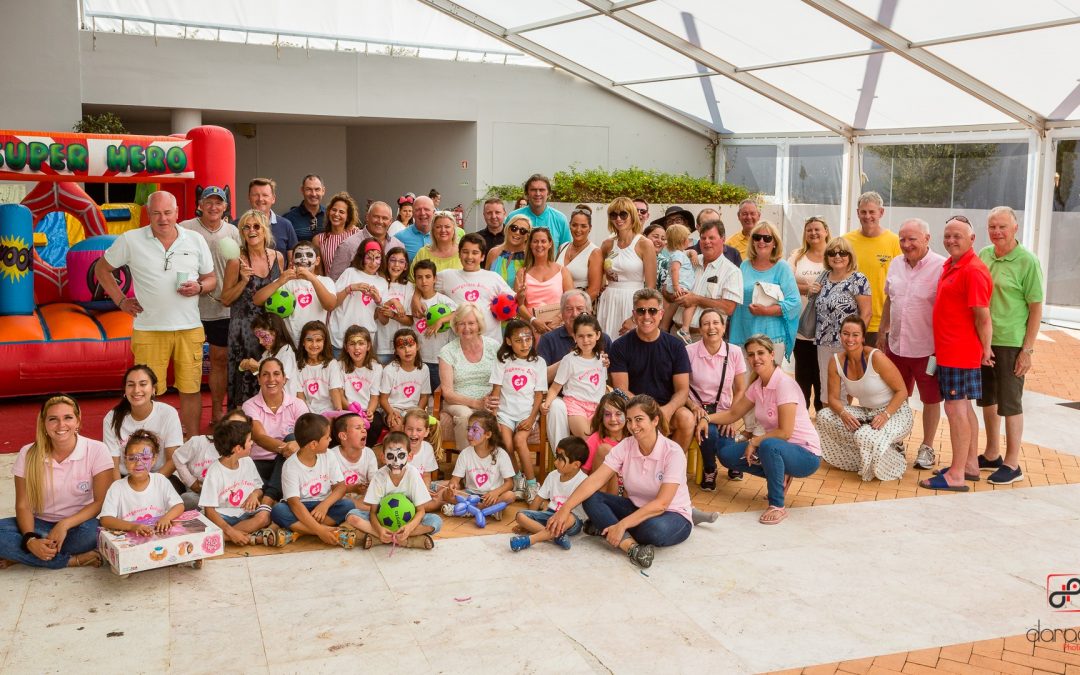 The Sir Bobby Robson Celebrity Golf Classic has been run annually for sixteen years at the request of Lady Elsie Robson and her family. For the second year running Pin Point Recruitment have kindly been the main sponsor for this prestigious event.

The tournament was started by Sir Bobby in 2004 with the objective of having a fun celebrity golf tournament in the sun, but most importantly to raise money for a homeless children’s charity the Refugio Aboim Ascensão, based in Faro, chosen by Sir Bobby and Lady Elsie.

Last year Alan Findlay of Pin Point Recruitment, the lead sponsor, and his guests visited the Refugio to see first hand the work of the charity. To date this fundraising tournament has raised in excess of 1.1 Million Euros for the Refugio.

With the funds raised from last year’s event Dr Luis Villas Boas and his team were able to purchase new machinery for the laundry rooms, as well as purchase new and replace existing solar panels throughout the Refugio. 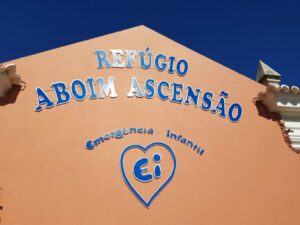 Celebrities from the world of football, sport and entertainment attended to play golf with corporate teams for the honour of winning Sir Bobby’s tournament played at the Championship Course at Pestana Vila Sol in the Algarve which has twice hosted the Portuguese Open.

In 2016 a wonderful statue of Sir Bobby was commissioned and placed in a beautiful position, sitting on a bench overlooking the 18th green at Pestana Vila Sol. This was out of respect for the considerable efforts and sums raised for the Refugio. A lasting legacy. 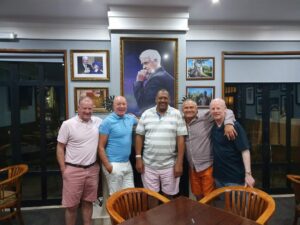 The theme for the 2019 event was “Sir Bobby’s Players” – With such a long managerial career here and overseas there are so many players to remember and eulogise over. From Bobby’s heady Ipswich days, to England, to Europe and of course Newcastle, the list is immense. The quality is remarkable and too many to mention. Such wonderful players and memories.

#PINPOINTONTOUR – Upon our arrival in the Algarve we attended the wonderful Children’s Afternoon Tea Party attended by many of the children from the Refugio. Fun and games was had by all with bouncy castle, candy floss, face painting and jelly & ice cream. Lady Elsie also gave gifts to all the children, to see their little faces light up was heartwarming.

Later that evening the sponsors Pin Point Recruitment were guests of Lady Elsie at the Restaurant L’Olive at the Pestana Vila Sol for a BBQ with the celebrities taking part in the event. Here Sports Commentator, Clive Tyldesley gave us an insight to what the weekend had in store for us all. An early night was advised for the golfers, due to early tee off times.

Hurray! We have a Pin Point win! One of the teams entered by Pin Point Recruitment went on the achieve second place in the tournament with an impressive 91 points! Brian Henderson, father of England and Liverpool footballer Jordan Henderson spoke to Sky Sports presenter Sarah Stirk about the challenges faced out on the course. His team also included Sunderland Legend Jimmy Montgomery, Gary Farrage and Peter Slee – well done guys!

A fabulous fundraising dinner with presentations from Clive Tyldesley, followed with an auction hosted by the very entertaining TV Presenter Jonny Gould,  then the most wonderful, heartfelt tribute to Sir Bobby from his dear friend Charlie Woods.  The evening finished off out on the ballroom terrace with a high-energy performance of Soul and Motown by the flawless Soul Brothers.

If you are interested in attending any of ConnectVIPs celebrity golf events please get in touch info@connectvips.com 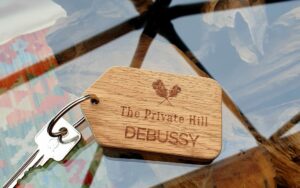 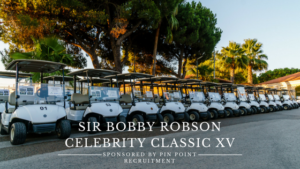 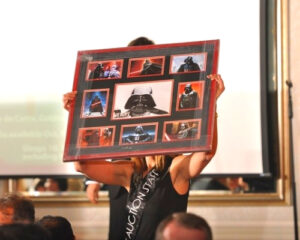 Read More »
Back to blog

Privacy Notice
The personal data that you provide to us as part of this contact request will only be used to respond to your request. You have the right to revoke your consent at any time with effect for the future. In this case, your personal data will be deleted immediately.